If Carlsberg made Bride and Grooms….   Victoria and Trent’s The Rose London Embankment London and Islington Town Hall wedding was quite simply everything I love about capturing people and weddings.  I honestly can’t tell you how much I love them and their guests – it was the best day ever.  Super relaxed, happy and seriously full of love.  It makes my heart smile when I just think about it. For this post, I thought I’d do something a little different, and hand it over to the gorgeous Victoria herself to tell you about their day in her words…

We’re happy to say we’re a Tinder success story! I never anticipated I would find my husband this way! I was reluctant to even go on the date to be honest, but after a couple of drinks I needn’t have worried. We got on so well, and we were still sat at the bar for last orders. I suppose it was a bit of a whirlwind, as we’d only been a couple for a few months when Trent asked me to go to Australia with him to visit his friends and family. After eleven months we moved in together, and the following weekend we were engaged! I’d never lived with a boyfriend, so moving in and agreeing to get married within a week was a big step I suppose…but it didn’t feel that way – it just felt totally right.

We were both a bit clueless about planning a wedding, I’d never thought or imagined what it would be like. We’re both quite laid back (Trent more so than me), and we weren’t too fussed about lots of formality or tradition. I asked around friends about venue recommendations and someone suggested a pub in Islington. We went to have a look, but it didn’t feel quite right. Still we knew we liked the idea of having the reception at a pub, and then eventually found The Rose.

It had an obvious dance floor area (very important), and offered an upstairs dining area so we could move between upstairs and downstairs without any re-setting or awkward waiting around time. I did a lot of searching for the ceremony venue and was amazed how much some places wanted us to pay for a couple of hours hire. We eventually settled on Islington Town Hall, the Council Chamber is a horseshoe shape, which means all your loved ones surround you and it’s a beautiful space with lots of light. We also loved the 1930s décor and history and seeing as our wedding had a bit of a vintage London style we felt it worked perfectly. Everyone at the Town Hall was so helpful and lovely, it’s very well organised and they will do as much as possible to accommodate any requests.

This leads me to our ceremony. We had readings from both our sisters. Trent’s sister re-wrote a poem to incorporate both our English and Australian backgrounds. It was so unique to us and also got some laughs which was lovely. My sister Gemma adapted a song by Tom Baxter called “Better”. She’d kept it a surprise, so the first time we heard it was on the day and it was very hard not to cry! We also decided to write some personal vows. Trent’s were much better than mine! He is so good at writing about feelings, whereas I find it hard. By the time I got to read my vows I broke down and had a few tears, but I managed to re-compose myself and get through them eventually though!

One of the best decisions we made was to book the Routemaster bus. Having guests from Australia, Scotland, America, Canada, Switzerland and all over the UK many hadn’t met before. So the bus proved a great ice-breaker, especially with some Prosecco and beers flowing! Everyone enjoyed it and by the time we got to the pub the atmosphere was buzzing!

We didn’t set-out to create a vintage wedding, but there were lots of vintage elements. I found a vintage dress (well actually two but it’s a long story!), and Trent went a little bit the same way with his suit choice. In some ways it was also quite modern. Our invitations were very clean and simple. We also designed a logo which we thought summed us up – my very distinctive glasses and Trent’s cap. We used this throughout all the stationary, and anywhere else we could get away with using it really! Our colour scheme was quite broad. I love all the spring flowers, there’s so much colour available so we wanted to use as many as possible. Once Trent had chosen his suit (I left him to it), he came home and told me he had chosen a deep red tie and braces. As a result we used this colour as an accent, which I think really worked!

To save some money I said I would attempt to do the flowers for the reception! My Mum loves flowers so she said she’d have a crack at the bridesmaids bouquets. I didn’t want the stress of my bouquet and buttonholes though, so I called in the amazing Flower Appreciation society. Anna and Ellie are so friendly and obliging. I gave them some references and also asked for some kind of nod to Australia, then left them to it. We were so delighted with everything – they’d even grown some of the flowers themselves in their Hackney allotment!

I could talk for hours about the incredible food at The Rose. One aspect we particularly loved was that everyone got a choice of four options for starter, main and dessert. The staff were great too, Robert in particular was so approachable, nothing was ever a problem even though we made a few changes to the menu.

Any money we saved we blew on the band. Somehow we managed to get Trent’s favourite ever band “Unwritten Law” to come over from San Diego and play. There were many emails to their manager and agent, arranging logistics to fit around their tour etc. I don’t think we actually believed it was going to happen until we saw them on the day. Scott and Chris were so humble and just played whatever we (mainly Trent) wanted. Trent even got the opportunity to play with them at the end of the night, a dream come true…as if marrying me wasn’t enough that day!

For us finding a photographer was really important. I knew I was going to be picky, because working as a visual effects artist in television I look for good composition, lighting and framing. I can’t help it! I have probably ruined tv for Trent since we’ve been together! Some of the venues we were looking at online had galleries so we had a look through them, then found a link to Annamarie’s website. I loved her portfolio and was so relieved when Trent did too! She was the first photographer we looked at. I didn’t want to look at any more, but did check out a few other websites just to reassure myself I wasn’t being hasty! Annamarie has such a gift (it’s probably actually taken her years of hard work to master but she seems to do it effortlessly which is why I am using this word). at capturing moments. The way she uses depth of field and composition means she is usually capturing more than one piece of action or emotion. I look at our photos again and again, and often see something new, such as a face full of emotion in a reflection or a little nephew in the corner sucking his thumb. They are the gift that keeps on giving!  She is so thorough in her work, and really organised too.  We’re a couple that don’t do spreadsheets or budgets, but she got us to break down our day into small sections and work out timings. I’m so glad we did this, because it meant we got all the photos we wanted without feeling rushed.  On the day Annamarie knew everyone’s name in the wedding party, which was a lovely touch and she just mingled and integrated throughout the day. The photos totally reflect this, because everyone looks so relaxed and in the moment.

There were so many favourite parts of the day. All through the ceremony I couldn’t believe this was actually happening to me and I was marrying such an awesome human being! The bus ride and being able to chat to everyone straight after the ceremony was amazing. There was a point where Trent and I were sat down during our meal, and we just stopped and looked out at everyone we loved eating, drinking, chatting and laughing. We couldn’t believe everything had come together. It was perfect!

Lastly, what I would say to any Brides and Grooms reading this, that beyond anything else just do what you both want. Allow the groom to be involved – it’s a day for both of you. A punk band might not be the usual choice for a wedding, but it might just make his life and, after all he was totally onboard when I suggested retro pink flamingos and two wedding dresses!

I'm a Sussex based wedding photographer, but I love to shoot all over the south east of England and if you're planning a destination wedding, I'm all ears. 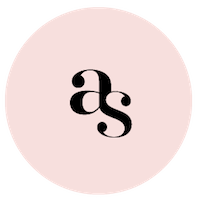 LOVE IS NOT CANCELLED! Getting married in these CO

Hands up if you’re missing partying with your fr

Pretty little details 💕 Anyone else got a thing